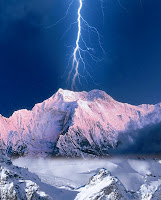 Posted by Ramesam Vemuri at 4:45 AM

Thank you ramesam! As always, a series of insightful, clear, and informative posts!

While reading this article by A. Krishnamurthy I came across the word “jagarithasthana.” I tried to look it up on the net and only found it in one other place besides the Beyond Advaita blog. The closest match I could find was the word “jagrata,” which is used in the Wikipedia article about “turiya.”

I like to look up words I don't know, and as I delve deeper into Advaita that means looking up a word every few minutes! But this one (jagarithasthana) has me puzzled. Is it spelled wrong in the article?

I think the author meant the same thing as "jagrata" in his transliteration of the Sanskrit word. I am not sure which convention he followed in developing the diacritics.

My dear Timothy Campbell,
The life spark, omniscient universal Consciousness, termed as ‘Atma’in Vedantic terminology and also expressed as .Self. is divided into four states for the sake of explanation.; ‘Jagarithasthana’ waking state, swapna sthana, dream state, Sushupthi, deep sleep state and Tureeya, the transcendental state. The world of objects, feelings and thoughts with different names and forms is available for our cognizance in ‘Jagarithasthan’ waking stage. Mandukya Upanishad deals with the subject very clearly. The theme explained in 3rd Chapther of www.silentthunder.in tries to explain the same.krishnamurthy

Response from Shri A. Krishnamurthy through an e-mail:

It is spelt as "Jagarita sthana". There is no 'h' in jagarita.
regards,
Krishnamurthy

(The letter 'h' in Jagaritha is now deleted).