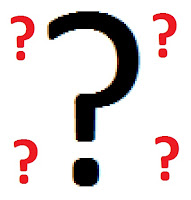 The above are some of the questions that all curious and observant persons ask at one time or another. Those very questions are at the base of all human investigation – be it a scientific quest or a philosophical contemplation.
Many such Questions were raised and answered by the ancient Indian Sages and Seers. What they narrate begins with ‘brahman.’ By definition brahman is a pointer to that primordial unknown and unknowable “Is-ness” which has the potential for anything and everything, but by Itself is simple, formless, featureless, homogeneous, non-acting and beyond space and time. Scriptures describe brahman to be the cause (kAraNa) and  the jagat (the world) as the effect (kArya). However, the shruti is vague on the transformation from One to many (brahman to the manifested manifold which we call as the world).
The principal difference amongst the various philosophical theories and propositions rests on this point of explaining the relation between brahman and jagat. Advaita holds that the shruti is vague about brahman to jagat transformation because the very appearance of jagat is an illusory (bhrama) superimposition (adhyAropita) on the changeless brahman. It also says that a cause-effect relationship does not really exist because ‘time,’ without which causation cannot arise, itself is non-existent.
It is interesting to note that leading theoretical physicists also arrive at a similar argument like Advaita with reference to the unreality of the ‘arrow of time’ or the non-existence of cause-effect operation.  Causation is said to be no more than a name we give to a pattern we ‘think’ we observe in nature.
Here is a link to five short (3 min odd) Videos of Sean Carroll,  a well-known physicist from Caltech answering the five questions given at the beginning of this Post.  He explains in the Videos in simple terms the laws of Physics behind the emergence of complexity from simplicity; how there is no possibility for action happening  in a simple system which is at its equilibrium; how we get a sense of the ‘arrow of time’ and other related phenomena.
Click here for the Videos.
Posted by Ramesam Vemuri at 6:00 AM 1 comment: