THE STORY BY VINCENT FLAMMINI

[“Whenever doubt or worry or urgency or straining or efforting or hopelessness or certainty or ease or, well, anything arises, do nothing.  Rest. … No matter what thoughts or books or self-improvement programs tell you, You are already fine the way you are.  You are already what you are looking for – but only right now.”

Can any pointer be more direct and simpler than this?!

Non-dual teachings come in many flavors.  Some are like stones, impenetrable.  Some are like semi-precious stones, vaguely there but not clear.  Yet others are real precious, transparent gems.  Vincent Flammini’s words are like diamonds.   For, like diamonds, his pointers too come with their characteristic 5 C’s -- Clear; Cool; Cute; Concise and Clutter-free.   The quote  with which I began this Post is an example of his teaching. The brevity of his expression and reticence in communication earned him even the sobriquet of “Lazy.”  He was very patient, kind and affectionate in clarifying many of my doubts soon after his own “search” ended.  On my persistent request, he shared the story of how his “seeking” ended about three years ago in  perhaps one of his (uncharacteristically) long of writings.  It was published in Consecration, Vol: V, No.: 3, p: 24, July-Aug 2008.  It gives me a great pleasure to reproduce it here.  A few more pointers adopted from his Blog are given at the end of this essay -- ramesam]

THE STORY
By Vincent Falmmini

[There is always a great deal of interest about the ‘event’, when realization ‘occurred’.  There are many stories about it from many teachers, many of them very dramatic.  My intuition is that the first moment of realization – the form and tone of it – depends largely on the conditioned personality.  So, in reading this, I would everyone to see it just as another thought story arising now, that is likely not at all relevant in your life – Love, Vince.]

I had searched for years.   I tried every kind of meditation imaginable, as well as a variety of other spiritual practices.  At first, I was searching for enlightenment.  I imagined that this meant I would no longer experience pain or suffering and that I would be happy forever and even after.  After years of sitting zazen (the fundamental meditation of Zen Buddhism), the allure of enlightenment faded and I abandoned hope.  During this same period of time (years!), I lived with a great deal of anxiety; on a few occasions, it was debilitating.  It typically came in the form of an overwhelming fear of doom or death and I often lived assuming that I would die before the end of the day.  It was a time of significant suffering for me.  The search changed for me as a result of this fear and anxiety.  I tried to find ways to rid myself of it.  I tried everything and absolutely nothing worked.  Somehow, I stumbled across David Godman’s book about Ramana Maharshi.  The story of his premonition of his own death when he was sixteen resonated with me.  I read more about Ramana which led to Catherine Ingram, Ppapji, and a number of other nondual teachers.

I read and listened to tapes and tried to ‘will’ myself into seeing/experiencing whatever it was they saw and experienced.  Nothing worked.  I looked further, finding more teachers, more tapes to  listen to and more books to read.  Frustration began to build.  I felt desperate.  I felt hopeless.  Sailor Bob Adamson’s writings helped tremendously, and he suggested I speak with John Wheeler.  John spent a good deal of time on the phone with me, doing what he could to point out the obvious.  I also spoke with John Greven, Stepehen Wingate, Joan Tollifson, Gilbert Schultz, and Annette Nibley.  All of them helped and were very generous with their time and attention, and sometimes, it seemed the ‘nickel had dropped’.  However, each time, the habitual thoughts would reassert themselves and clarity would (seemingly) disappear.  This back and forth searching and suffering went on for many years. 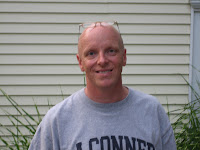 Finally, feeling increasingly desperate, hopeless, anxious, and frantic, I called Annette Nibley again.  She suggested this approach may not be the right one for me.  Something in me clenched.  I was suddenly sitting at the top of a 100 foot pole.  I couldn’t stay where I was and I couldn’t go anywhere else.  I had tried so many paths and so many teachers.  I told her that returning to them felt like someone pouring sand in my mouth.  I had no choice.  She began describing her experience of realization to me and, as she did, something inside of me broke open.  I began describing the very same thing to her – in the moment, the current experiencing of life. Annette asked me a few questions, testing my understanding, and then said, “You are done.  It is over.  You can stop looking.  This is it.  This is realization.  This is enlightenment.”

Upon hearing that, it seemed that a tremendous, infinite, timeless, space opened.  A separate sense of ‘Vince’ disappeared.  My thoughts cleared.  There was a knowing that ‘I’ was the space.  No separation. I felt a great sense of love and connection to everything – animate and inanimate.  I also was stunned by how completely obvious it is.  It was not and never had been hidden.  This clear seeing is always happening. It has never been and will never be otherwise.  I was IT – and so was every other seemingly separate form.  There was a sense of dissolving into this great – yet ordinary – ‘Iseness’.  It was at once incredible and absolutely nothing special.  The experiencing of the realization (realizing what had always been the case) might sound extraordinary or mystical – but it was not.  It is just that from our typical point of view, it sounds unusual.  However, in the experiencing of it, it seemed obvious and ordinary – of course this is it!  How could I ever have seen it in any other way?!

If you take anything from this, I hope you see that the individual ‘Vince’ is absolutely nothing special.  You already are what you are seeking.  That which is reading these words is IT! You have never been otherwise! I swear to you there is nothing to worry about, nothing to struggle with – you are already fine the way you are.  There has never been anything wrong.  We all live in and are a vast sea of love.  Just rest.  Leave your thinking alone.  Don’t attempt to manipulate or manage your experience.  Simply rest in this simple seeing that is reading these words, hearing the refrigerator or car horns, smelling dinner cooking - the formless Knowingness of all these forms is what you are.  You are the Awareness, and the Awareness is everything.

[Vincent Flammini is 50 years old, lives in Springfield, Illinois, USA with his family.  He leads a normal life with all the usual problems of living.  He is happy to talk about any non dual / advaita related questions or questions about psychological suffering.  Just e-mail him (vflam2@gmail.com).  Vince has a blog at http://www.tryresting.blogspot.com/]

“We only know what we are doing after-the-fact. The 'decision' to do whatever it is we're doing is 'made', that is, comes to us fully-formed. Then, we say 'I decided.' Thought is always after-the-fact. What we think of as our 'life' is only known in retrospect. Now is completely unknown.”

“Isness is you-ing you. What a relief! There is nothing to do but rest as we are.”

“Anytime we complain about anything - our coffee, the heat, the car, the kids - it is US creating our suffering in that moment. It is this believed THOUGHT/IDEA of "I" - and all of the requirements it has of life attached to it - that creates psychological pain.  Take the blame. EXPERIENCE the discomfort in the body without attempting to THINK your way out of it. Remember, it was thinking that created it. Don't try to think your way out of anything - especially thinking!  Be quiet.”

“Allow whatever is happening right now. Right now! Really. Don't make this an intellectual exercise or, if you are, allow that. If there is agreement or disagreement, passion or neutrality, peace or war, anger or calm, happiness or sadness - allow it all. If there is great desire or no desire at all, allow.”