The Wisdom Tree - A Film On Non-Duality

The Wisdom Tree - A Film On Non-Duality 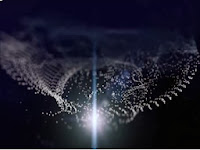 The Wisdom Tree is an intriguing and inspiring lyrical poem expressed in a film medium and executed with a neat breath-taking finesse. It depicts the mind-blowing modern day advances in Science, Art and Philosophy, that are not only erasing the rigid walls of separation amongst them as distinct fields but also pointing out to a compelling convergence of these diverse strands with the ancient Indian and Eastern mystic thought processes which highlight the Oneness of All things.

The young Director, Sunil Shah, succeeds in projecting the Non-dual message in a very convincing and captivating manner through a story woven around the lives of three ordinary people – a scientist, a medico, and an FBI agent – and the travails they had to face in a world of jealousy, competition and criminality, a mindless rat-race that is at once gripping and also exasperating. Adding spice to the story in a cinematic way is the determined investigation by the dedicated trio into a mysterious car accident and a potential danger to the human species itself. The picture is supported by a melodious musical score, striking visual effects and competent technical values.

The 2 hours and 12 minute drama is the result of over five years of research and study by Sunil Shah in writing the story and a further three years in the making of the film. And most befittingly, the movie is being premiered on 25 Oct 2013 during the Science and Non-Duality (SAND) Conference this month in San Jose, California, USA.

Sunil was born and brought up in Mumbai, the most cosmopolitan city of India. He is a Computer Software expert by training with about a couple of decades of working experience in corporate America and has a few patents in computer algorithms to his credit. He, thus, combines within himself the Indian tradition and a knowledge of the Western technology. Yet he has a deep interest in various art forms and the Eastern Mysticism. His passion in making this film is his zeal to communicate the philosophical implications and the mystic significance of the exciting advances in modern science (Quantum Physics, Neuroscience, Math etc.) to the public at large. And one can undoubtedly say that the outcome is a thrilling and deeply thought-provoking experience to all, the technical-literati as well as the lay individual.

Sunil and his wife Renu Vohra (one of the Producers of the film) live near San Francisco, California, USA. He can be reached at: sunil at thewisdomtreefilm dot com

A 4:26 min Trailer of the Film can be seen at: The Wisdom Tree Film - Trailer

The Story in Brief:

For several years, Steve Hamilton, a self-conflicted quantum physicist has struggled to uphold and prove a ground breaking theory that had ended his mother's career when she proposed it years ago! Now, Steve's research too is in jeopardy when a mysterious car accident leaves him in the throes of death! A chain of events brings Steve together with compassionate but unwavering neuroscientist Dr. Trisha Rao and anguished FBI Agent Mike Parker, as they all get drawn in to an intensifying mystery. However, not in their wildest dreams could they have foreseen what lay ahead!

Before long they're engulfed in clues snowballing from science, art, music, mysticism; and oddly, through a bizarre set of coincidences, from their own past, present, and even future! As they struggle to interpret a multitude of hard-to-comprehend events, every answer evokes a set of new questions. Caught in the maze, the tranquil Trisha not only steers them through a longwinded ever-deepening mystery, but also helps Steve and Mike overcome their deep-rooted fears and guilt. However, this transformative spiritual journey also brings about a realization that the incident with Steve was merely the tip of an iceberg — the more worrisome, imminent danger lay in that the people of this planet are imperiled! In this story of personal redemption, if they can unravel the enigma, not only may they guide — and, thus save — the human race, but they may also chance upon the most profound and far-reaching discoveries ever!

This slow-paced, contemplative sci-fi, in a New Age mystery, is a journey spanning intriguing artworks attuned to ethereal music. A haunting background score, coupled with carefully sketched cinematography and subtle sound design, add novel dimensions. The film heavily relies on — and attempts to bind — theories and doctrines, as well as hypotheses, from science and math, music, art, philosophy, mysticism, spirituality and intra-disciplinary possibilities, to create an engaging whole.

Posted by Ramesam Vemuri at 6:00 AM

Thank you for the info about the film ramesam--it looks very interesting! Unfortunately I'm not going to SAND this year, so I'll have to try to see it elsewhere.

Thank you Peter for the kind words.

We are now reading your latest book,"Simply Notice", at our weekly meetings.

Nice, sadly I have to wait till it goes to DvD. Nothing like a good sattvic film to make a cold winter day get warmer.

Many thanks for the head up on the film.